Schengen in the rain

Athough this was the winner of today’s on road caption competition, It was bone dry, a scorcher, more parasol than umbrella.

Our day started with a parting of ways. Our domestique left us mumbling something about an unfair split of prize money so we were left to fetch our own water bottles. 600+ miles done, he hopped on the train and later, we’re told, did a ‘victory lap’ of Brussels, and a few hours spinning the other side of dover ‘for the craic’. Expect Hamlet cigars to be on the Wada banned substances list shortly.

A morning of smooth traffic free trails led us towards Schegen, a village that’s in Luxembourg, France and Germany all at once, and is known the world over for its fantastic area. As ever, close to the country border all signage disappears as each country helpfully assumes the other will cover that section. Nevertheless, proud Europeans that we are, there are plenty of non-border photos coming up at our next computer stop.

Then we entred Germany. And it was so terribly German. Call me Clarkson, but we enjoyed perfect signage, cracking traffic-free paths and wonderful hospitality. We followed the Saarland Radweg for most of the afternoon, which included a wee siesta and a spot of cricket using tiny apples and a rolled up mosquito net. No sticks of rhubarb here. We even found a backstreet icecream shop selling hooky cornetos at bargain prices! Oh Germany.

We sped onwards towards Saarlouis, undertaking some of the toughest climbing thus far, arriving in town just late enough for all the shops to be shut. Cheeky meal out, where Ben was delighted to find that Germans make pizzas out of fadge (potato bread) before a nightime spin along the river to own camping spot, which might just have a nice view in the morning. Joyous. 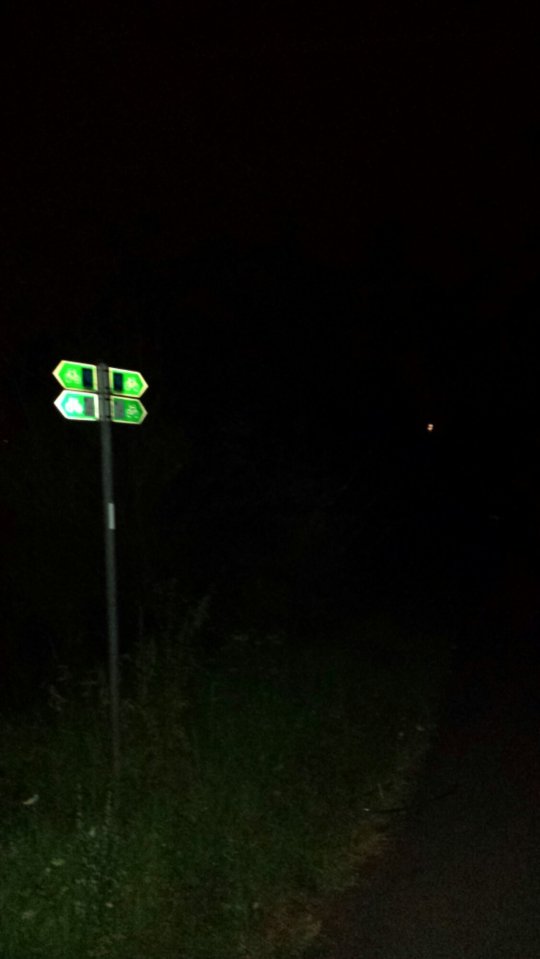 A room with a view, possibly

Tomorrow we head into wine country.. the main aim being to teach Ed how to spell Gewurztraminer. More posts coming soon, including our impressions of EuroVelo so far, and our Sweat-o-meter of the facilites offered to touring cyclists in each of the countries we pass through.

Belgium even had a cure for cyclist's foot

Get in touch! Cancel reply

Sometimes the singer must sleep alone

All about cycling in the Netherlands

I Do Not Despair

When I see an adult on a bicycle, I do not despair for the future of the human race. ~H.G. Wells