The end of the Balkans

Please everyone join the Euro! Not for any political or economic reason, but it makes life so much easier when travelling. Trying to remember the exchange rate for four different currencies before working out how much will be needed for the further 24 hours in whatever country you are in is enough to melt any remaining brain cells. But enough first world problems..

We find ourselves in Plovdiv, the 6th oldest permanently inhabited city in the world. Construction workers are constantly digging up perfectly preserved Roman remains, left after the Ottomans covered them in sand to destroy all traces of the previous civilisations. What did the Romans do for us anyway…

We have spent the past week travelling through some of the most spectacular scenery of the trip to date. Our last few days in Serbia were spent on the cliff-like banks of the Danube, cycling through the Iron Gate. There are two vast hydroelectric power plants along this section of the river which act as the only places to cross into Romania.

The whole region is cycle touring heaven, and although still relatively undiscovered there are plenty of comrades to be found on the roads. We spent a lovely couple of days riding with Phillip, Ula, Anna and Harald from Germany, as well as crossing paths with Alex and Josh who had come all the way from the USA via Finland and Ukraine. We took shelter from an almighty storm together in some lakeside holiday apartments and shared plenty of stories and opinions before going our separate ways. Rumours of even crazier travellers ahead were spreading, and these were confirmed the next day when we met a couple who had walked all the way from Brittany, en route to Jerusalem. Nicer, calmer and more inspiring people you could not hope to meet – I think we’re learning that slow travel is the way to find peace with your surroundings. 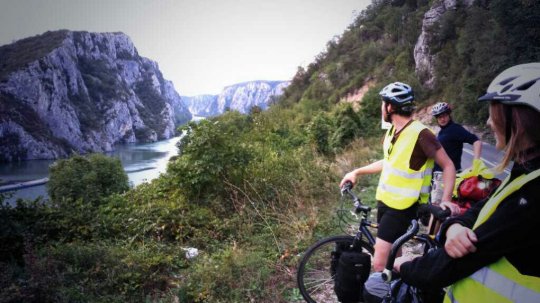 We had a quick dash through Bulgaria before entering Romania at Calafat via the most overly engineered bridge imaginable. What was originally a simple 3km road and ferry crossing turned into a 17km time trial on empty roads, unused either because the toll is too high or because of how ridiculously out of your way the road takes you.

However once into Romania we had a taste of what life in “The Wanted” must be like. Everyone seemed glad we came, high fives all round, kids running into the street to say hi and a generally chirpy response from everyone we met. We even had the pleasure of being invited into an older couple’s house for the evening, who, after a tour of their smallholding, called up reinforcements in the shape of a fourteen year old girl to act as translator. Mihaela was a massive One Direction fan and despite having never heard of Switzerland, knew of the city of Bradford as it was the home town of her favourite 1D man, Zane. 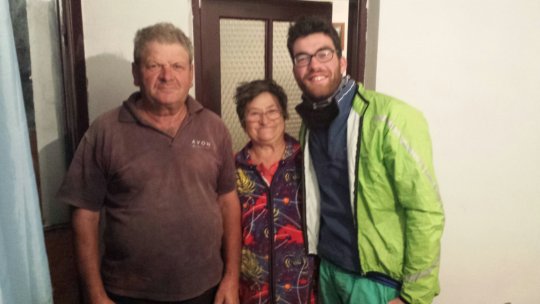 An early ferry to Bulgaria the following morning left us disorientated. Ben demonstrated by falling over backwards while standing still on a sloping garage forecourt, becoming tangled inside his bike. I think the owners learnt some colourful English that morning.

The following two days were some of the toughest we have had in the saddle. A climb to 1305m over was followed by a second to around 1100m squeezed into 50km or so. A camping spot at 1000m ensured yesterday was an easy day of flat or downhill riding into Plovdiv.

We are now only 200km from Turkey and hopefully only 5 days easy riding from Istanbul.  Mega! 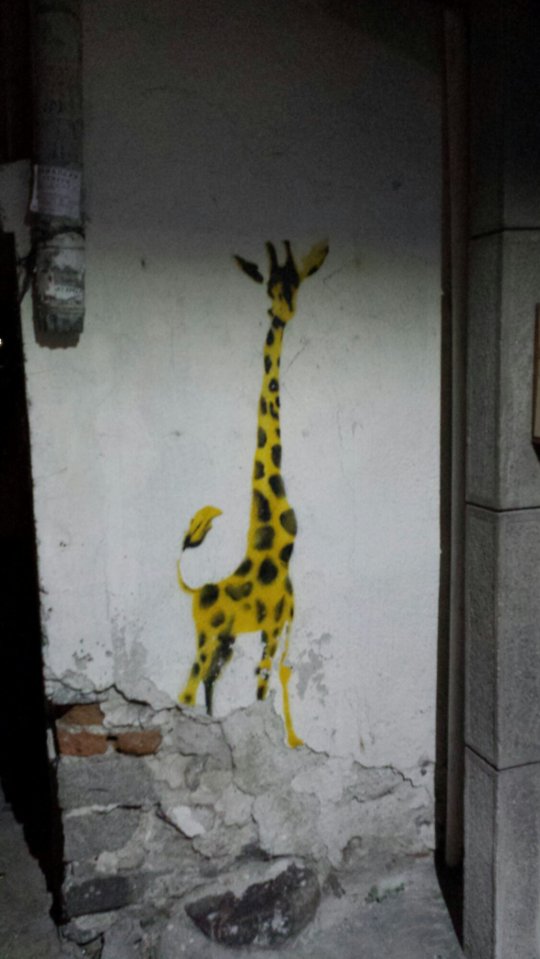 Posted by edmundluke in London - Istanbul

Get in touch! Cancel reply

Sometimes the singer must sleep alone

All about cycling in the Netherlands

I Do Not Despair

When I see an adult on a bicycle, I do not despair for the future of the human race. ~H.G. Wells